How Old Are You Anyway? 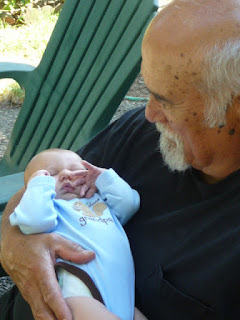 On Wednesday I will spend my seventy seventh birthday at the Mariners vs Tigers game in Seattle. While working on the current project, a memoir of the eight years I served in the National Park Service, I've spent a lot of time looking back. There is a lot of nastiness going on in the world today and there certainly was during the year of my birth.

In 1938, Neville Chamberlain went to Munich and gave the Germans permission to invade Czechoslovakia. He came home to England declaring, "Peace in Our Time." German thugs and a willing population committed the, "Night of Broken Glass," during which they trashed the businesses and places of worship of Jews throughout their country. Ten thousand Jewish children were evacuated to England. The lead up to the second world war was in full swing in Europe, and in the Asian areas where Japan was invading and expanding its empire. All of this led to my father, his father and his brothers and sister participating in World War Two..

I decided to try something. What about someone who was seventy seven when I was born? What was going on in the year they were born? So I went back to look at 1861. Southern states seceded, Fort Sumter was taken, and hundreds of thousands of men signed up to go to battle over slavery. Some say the Civil War was fought over economic issues not slavery. O.K. but the cash value of slaves in the south was the biggest economic component of our national economy. The flesh of human beings was used as collateral, mortgaged, insured and brokered in markets throughout the south. The economics, for which we sacrificed somewhere around three quarters of a million of our citizens in the Civil War, was the economics of black flesh owned, broken, raped and ground down into a huge machine to produce cotton.

This exercise got interesting. I did a leap backwards again to 1784. The United States Congress ratified the Treaty of Paris, ending the Revolutionary War. King Carlos of Spain authorized the issuance of land grants in what is now California and Russia established an outpost in Kodiak, Alaska. During that same year Kamehameha began his war of conquest which led to the founding of the Kingdom of Hawai'i. During my life I have lived in Washington D.C, California, Alaska and Hawai'i.

Three seventy seven year old people span the history of the United States. War today! War yesterday! War seems to be the common denominator in all three of these life-spans. . The question that comes from this sequence is natural. Terran Russell Cahill just turned two. If he lives to seventy seven what will he have lived through?