A Story from World War Two 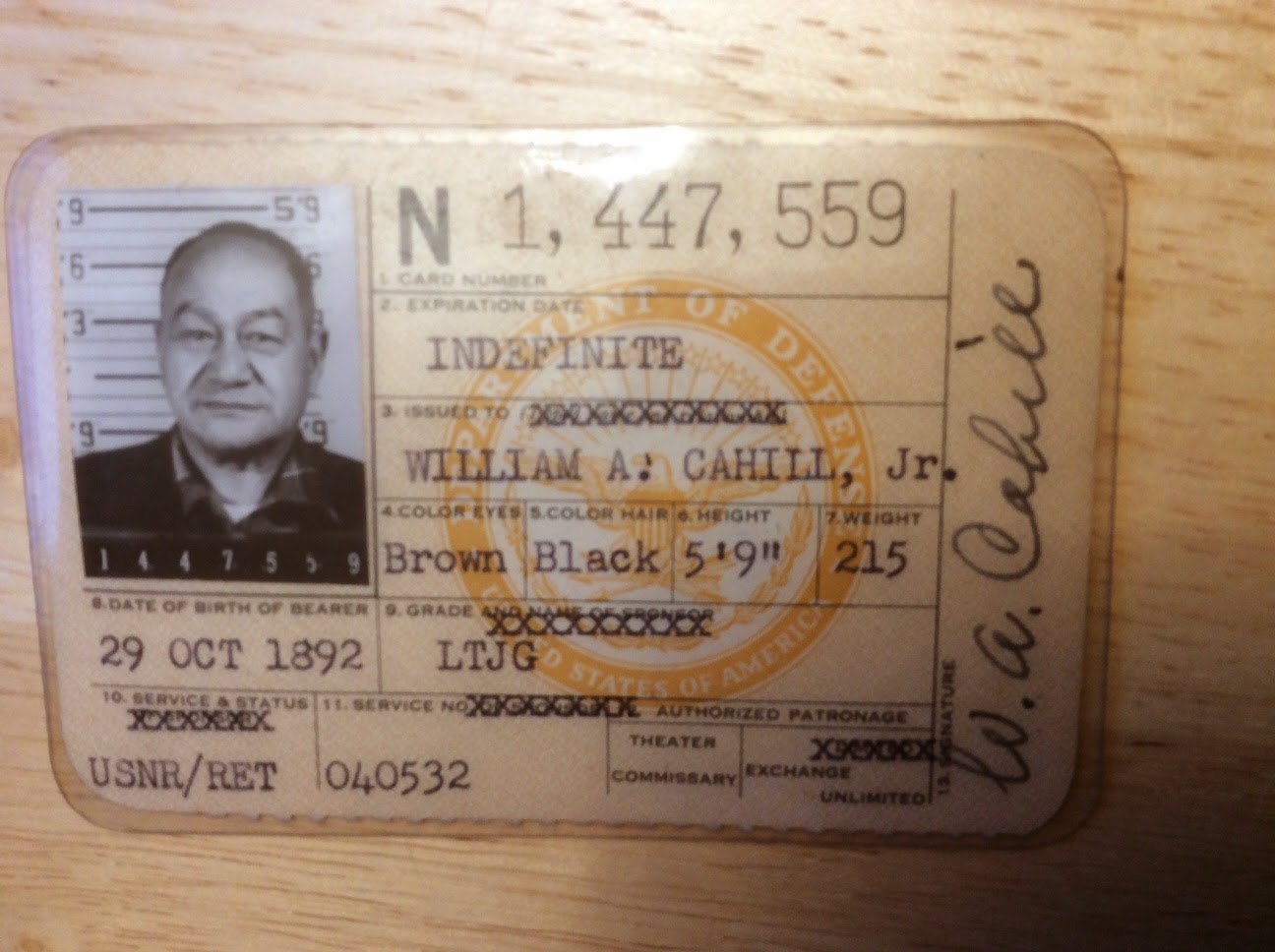 In 1958 I met a butcher named Miller in San Jose. When he learned my name he asked if Bill Cahill was my Dad. When I said yes, he told me that my Dad had saved his life during the sinking of the S.S. Alice Palmer in the Indian Ocean in 1943. I told him the Bill Cahill he referred to was my Grandfather not my Dad.

Mr. Miller told me that Grandpa was the Chief Engineer and was in charge of his lifeboat. Under motor and jury-rigged sail they navigated to the Island of Madagascar. Most of the crew were dehydrated and badly sunburned. Mr. Miller said that Grandpa’s skills and discipline saved their lives.

A few years ago I was footloose in Washington D.C. and visited the Sailors memorial at 7 A.M. one morning. There is a small museum across from the plaza where the memorial is and a man wearing a blazer and tie was inside the window gesturing. I walked over and the fellow unlocked the door and asked if I wanted coffee. I went into this small museum and was asked if I was in the Navy. I said no, but talked about my dad, both grandfathers and uncles who had been in the Navy or Merchant Marine.

When we’d had coffee, two midshipmen from the Academy in Annapolis came in and offered to look up the ships in their archives. In the basement. In a big bound volume we found this passage:

The Alice F. Palmer was a merchant vessel owned by American President Lines and operated by the War Shipping Administration It was a new ship built in 1943. The ship displaced 7,176 tons, had a 15’6” draft and was steam powered. The ship was commanded by George Pederson and was armed with one 3 inch gun and nine 20mm.
At 1500 hours on July 10, 1943, the ship was at Position 26° 30 S / 44°°E
Narrative:
On July 2, the Liberty Ship Alice F. Palmer sailed from Columbo, Ceylon enroute Durban w/o escort. The U-177 (Gysae) fired a torpedo which struck the port side of the #5 hold. The explosion destroyed the stern, blew off the prop and rudder, flooded the engine room and #5 hold, put the aft gun out of commission and broke the ship’s back.
Eight officers, thirty five men and twenty five armed guards abandoned ship in two life boats. Twenty minutes later the remainder abandoned. U 177 surfaced, signaled lifeboats to come alongside them and fired twenty shells which left the ship burning. After U177 left the Palmer sank at 1700 hours. The four lifeboats were separated, sailing to Madagascar. A British PBY (Catalina Flying Boat) rescued the survivors in the #3 boat 60 miles SE of Madagascar. The three remaining boats Landed in Mozambique.
#1 in 15 days,  #2 with 22 men in 16 days, # 4 in 20 days.

The captain of U177, Kptlt. Gysae may have been the most successful U boat captain. He sank more than a dozen allied ships. My Grandfather told me that after Captain Gysae had the lifeboats alongside the submarine he pointed west and said, “Madacascar.”

NOTE: My blogs will start coming out three times a week. Thanks for reading.