Last time I visited Mary Hervin we talked about the time the black bear tried to bust its way into her cabin. Mary’s place is back in the woods a couple of miles down the road from my Alaska cabin. I think Mary is somewhere north of 90 years old and still as full of life as ever. In the photo she and the late Sally Lesh were offering their services at a 4th of July Gustavus Auction. 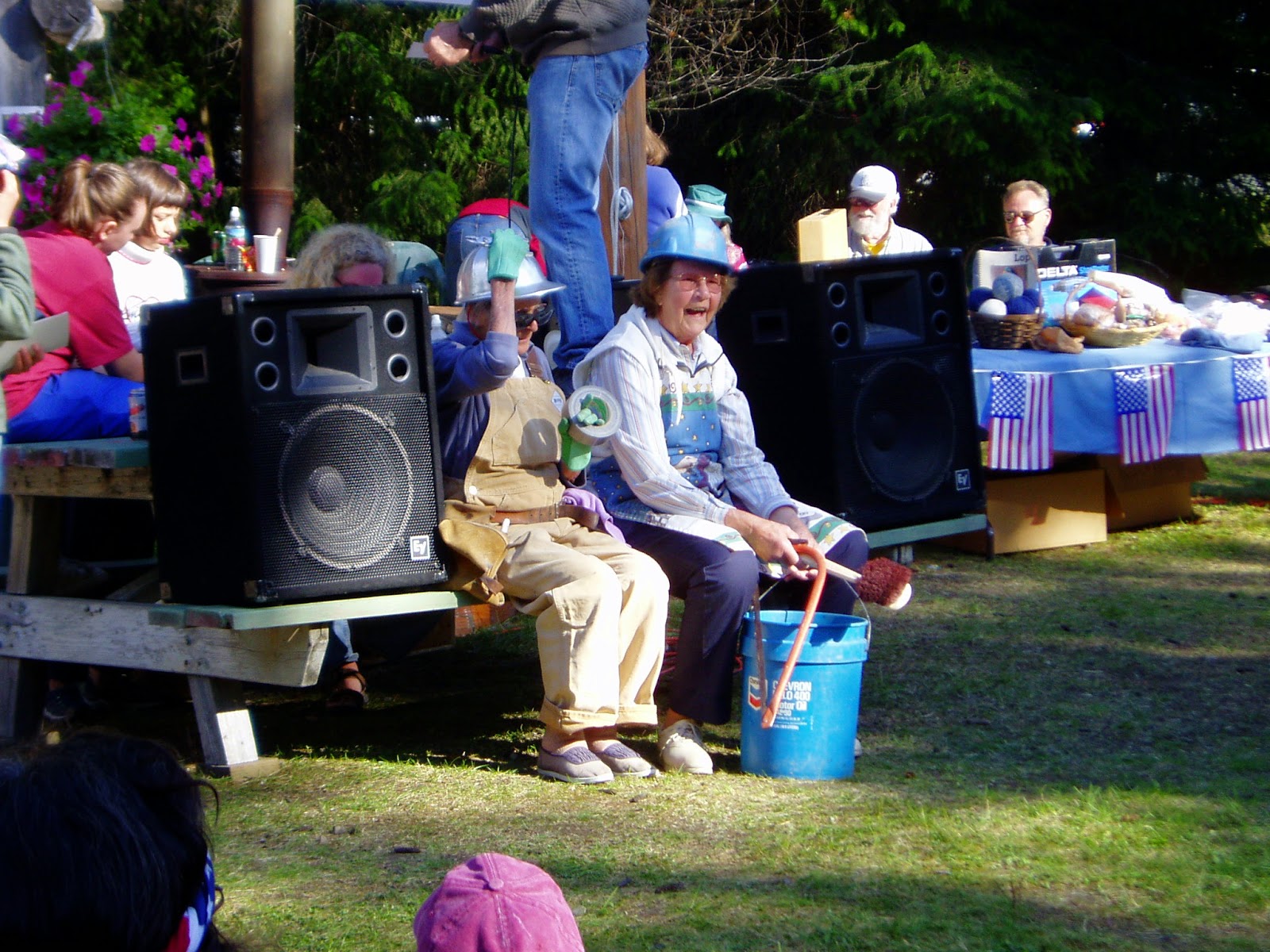 Mary lived alone except on Friday nights when everyone came over for whiskey and snacks and filled the little cabin to overflowing. One day, when Mary was a young woman of 90, a bear busted into a window in her porch, stuck its head into the hole and started looking around for something to eat. Mary grabbed her camera and shot a picture of its head, and then picked her broom out of the corner and jabbed the broom straw into the bears face. That didn't do the trick, so she started whaling away on the bear with the broom. The bear got discouraged, figured it could find easier pickings and left for parts unknown.

This incident is not atypical of the Mary I know. She moved to Gustavus, Alaska late in life, started the first taxi with a little station wagon and worked as a deck hand on a tour boat. Back in the summer of 1941, she and another 18 year old girl won a cash prize at a drawing at the Juneau movie theater. They bought a skiff and motored up to Skagway, traded it for a canoe and rode the White Pass and Yukon train up to Whitehorse. Then they put the canoe in the Yukon River and went the way the miners had done in the 1890s gold rush and paddled down the Yukon camping along the way.

Back in the early 1990s, Mary and her friend got together, took a Klepper kayak and repeated the trip to celebrate being 70 years old. She wrote a little book called Yukon Rerun which tells the tale. If you can find a copy, read it and find out what 70 year olds do besides watch television. Mary can’t get around like she used to but when I saw her in Redding, California she was still full of the old stuff and told me a racy joke that was going around. Thanks for reading my blog.